In the middle of the city there is a green lung untouched by concrete and and asphalt jungle elsewhere in the city.

In the middle of the city there is a green lung untouched by concrete and and asphalt jungle elsewhere in the city. It can offer many cultural places of interest, which is well worth to explore.

The walk starts from the Nobel Peace Center by the City Hall, passes the Museum National Gallery and to the Akersgata street – the former «Fleet street» of Oslo where we also find some of the governmental buildings.

We pass St. Olav Church, one of the two catholic churches in Oslo, up to Damstredet square, which is a part of the Egebergløkken park. Some of houses here are wooden and older than 150 years. Our national poet, Henrik Wergeland, spent his last years in one of them.

Nearby we can see the Telthusbakken street with its small old wooden houses and allottsments. The walk may be concluded with a look into the Memorial cemetery of Oslo, where many famous Norwegians are buried. Parts of this walk may be combined with the Riverside walk. 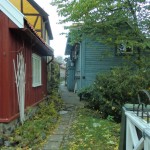 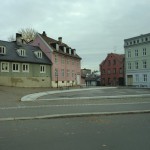 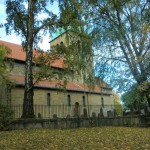 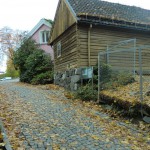 The stable of “Vesleblakken” the horse of H. Wergeland 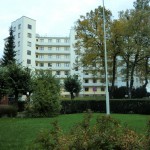